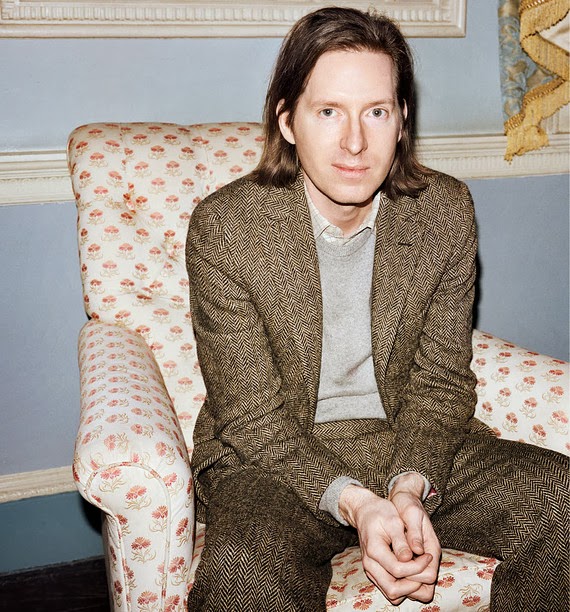 It’s a great read in full, but I particularly enjoyed the following lines:

“The hotel is the embodiment of Gustave’s taste, and Gustave is the embodiment of its delights. It’s a state of affairs that matches Anderson’s own art: the virtual signature that’s present like a watermark throughout his work is also a part of his personal style, his dress and his manner, his very way of life. That’s why I’ve compared him to such high stylists as Howard Hawks and Ernest Hemingway, who similarly exhibited in person the extreme stylistic precision of their work. The artist isn’t just the creator of style but also its bearer, and the artist’s very presence is a work of art in person, creation on the wing by means of a turn of phrase, a gesture, a way of dressing, the aura of charismatic influence.”

The Wall Street Journal also recently published a piece on the Anderson style (aesthetic), “The Life Aesthetic with Wes Anderson,” that seems to prove Brody’s point about Anderson exhibiting in person “the extreme stylistic precision” of his work:

“It’s [“The Grand Budapest Hotel”] perhaps the nearest thing to a Wes Anderson action blockbuster—a caper with both suspense and speed—though the director bristles at the description.

‘It’s more us trying to do a Lubitsch-esque type of thing and maybe a ’30s type of Hitchcock movie,’ he muses. ‘The cable car stuff, especially, was me trying to think of a scene that might have been a Hitchcock scene that never happened.’

Anderson could cite references all day, footnoting his cinematic vision endlessly. There’s no pithy response to questions regarding aesthetics. He’d never say he’s going for neo-baroque with undertones of Americana. Instead, a painting made expressly for the movie—by the fictional Johannes Van Hoytl The Younger, and in real life by the artist Michael Taylor—triggers a riff on Old Masters. ‘Our reference was kind of Flemish painters. And Hans Holbein; I don’t know if it’s the younger or the elder. I like Brueghel, and another one that’s maybe connected to this is a Bronzino at the Frick. We were trying to suggest that it wasn’t an Italian Renaissance painting. That it was more northern.’ “

The Journal also published a slideshow of pictures, including this one of Anderson in a brown tweed suit, grey sweater, and a light, light brown windowpane button-up (as shown above).