Yesterday, three days into my project, I failed to write “One Good Thing.” I was feeling ill, a supremely eerie sensation at this time, and though I wasn’t experiencing ominous symptoms, I felt incapable of even the smallest tasks, let alone writing.

Instead, I spent my time on the couch, trying to read The Great Gatsby, trying (and failing) to recover my lost sense of optimism.

I was sixteen, staying in Stone Harbor with my mother’s family, when one night after a pasta dinner, my Uncle Dean suggested I read Gatsby. At the time, he called it “the greatest novel ever.”

Dean had a copy of Gatsby on him, a paperback from my great Aunt Gloria. That night, I pulled my mattress onto the deck, flopped down, and under the yellow glow of an outdoor bulb, read Gatsby cover to cover,

When I rose with the sun the next morning, I was a different person, inspired as much by Gatsby’s “extraordinary gift for hope” as his “Platonic conception of self.”

Nurturing the delusion that I am of the Gatsby ilk, I’ve since read Gatsby every few summers, yet only in recent years, well into my forties, have I acknowledged: I’m more Nick Carraway.

That first summer, however, I fancied myself equal parts Carraway and Gatsby, half wry spectator, half extravagant striver, and since then I have tried to model my days on the optimism of young Jay Gatsby (née Gatz)–specifically, his SCHEDULE, the detailed account of his daily regime, printed at the back of a book called Hopalong Cassidy, and his GENERAL RESOLVES: 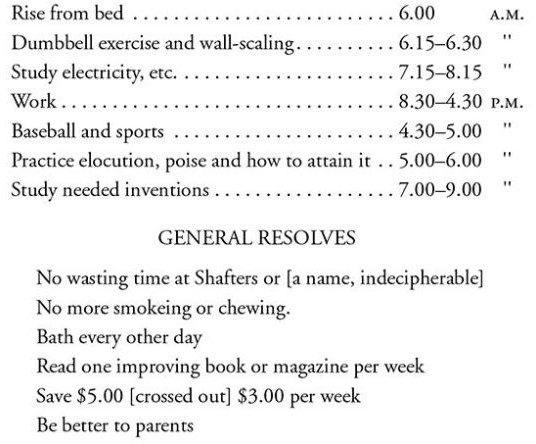 We had looked to yesterday to be the first day of our SCHEDULE. We had planned to outline our days by the hour, noting times for homeschooling, work, and play. But I was sick, and we failed.

Writhing in failure, I was comforted to see that many, many others online felt the same way. Day One: abject failure. A colleague from Villanova relayed a telling  anecdote from a student:

“A nursing student I’m working with has little ones popping in and out of the Zoom. She said she has no idea what time it is. Fed them lunch and her husband said: we’re having lunch at 3???”

But today is a new day, and tomorrow. In this, I’m taking inspiration from another source, decidedly less optimistic but perhaps more appropriate for the moment: Samuel Beckett.

At the end of his novel, The Unnamable, Beckett offers the only advice I can take right now: “You must go on. I can’t go on. I’ll go on.”