A few months ago, I watched a video from my children’s elementary school: The kid’s principal, Mr. Mac, was announcing the week’s “blue ticket” winners. A student earns a blue ticket for embodying the school pledge:

I am a positive, proud, productive, and patriotic member of the Fort Washington community. I will try my hardest. I will never give up. My heart believes it, and my actions show it!

When Mr. Mac announced the Kindergarten winners, I wasn’t exactly holding my breath.  So when he said, “Owen Pollins,” my reaction was genuine. I shouted, “Yes,” pumping my fist.

When Mr. Mac announced the third-grade winners, I couldn’t help but feel expectant. Still, when he said, “Ella Pollins,” I was startled.

I never know when I’ll cry, though some moments are easy to predict: watching “Golden Buzzer” clips, listening to “Blackbird,” or reading a poem like “The Bench.”

This moment was unexpected, in part, because it inspired a simple realization: Damn, this is hard. All of it. The quarantine. The isolation. The election. The twenty-four-seven life with the family. And the children have endured countless trials, from virtual learning to Camp Overlord, and day after day of loneliness and boredom. Owen’s had four teachers this year! And Ella wrote a book called SADNESS.

And yet, here they were, winning blue tickets.

Since last March, I’ve attempted to defy everything with relentless self-improvement projects, forever selfish in my pursuit to emerge from this shitshow stronger and healthier, with stupendous hair.  If I’d stopped to look, though, I would’ve seen a true portrait of strength right in front of me.

For Owen and Ella, this time has never been about the end. “When will this be over?” Ella often asks, but both Ella and Owen’s concern are immediate: “Can we play now?”

It was clear why my children had won the blue tickets: They had tried their hardest. They hadn’t given up. Their hearts had believed it. And their actions had showed it.

To me, this pledge suddenly seemed instructive. And I believe it can be instructive for anyone who resolves to thrive in 2021. 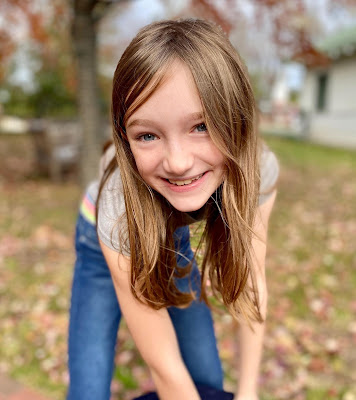 In a classic piece for the New Yorker, “Why We Make Resolutions (and Why They Fail)“, Maria Konnikova writes about timing and optimism:

“The beginning of a week, a month, or a year forms…a notational boundary.”

These “notional boundaries” inspire optimism, and the beginning of a new year inspires extreme optimism. Just witness the “resolutionists” at the local gym courageously weightlifting, cycling, and running their way to the new, healthy person they hope to be.

Unfortunately, the optimism of a notional boundary is hard to sustain throughout the week, month, and year. Buoyed by our optimism, we set unreachable expectations and condemn ourselves to failure.

In 2008, the time management firm, Franklin Covey, surveyed over 15,000 customers about their New Year’s resolutions. One-third of the survey participants broke their resolutions before February and only 20% stuck with their resolutions (source).

Why We Fail: Specificity and Practicality

So why do we fail?

As Tara Parker Pope writes for The New York Times: “Resolutions tend to be too big without any thought about whether they are practical or even possible.”

Specificity is key. Instead of resolving to “eat more healthy,” you might resolve to limit your dinnertime portions (to one plate), or skip breakfast. I often tell wellness clients to start at the beginning of the day with a “morning elixir” (details here).

The practicalities matter, too. If you fool yourself into believing making a change is merely a matter of will, you will likely fail. Change is hard.

As Jerome Groopman notes in a New Yorker article, “Can Brain Science Help us Break Bad Habits“: “A large majority of us lack the self-control required to succeed in life.”

The Importance of Habits

However, as Groopman notes, we can “hack” our habits by “finding ways to take will-power out of the equation.” As far back as the Nichomachean Ethics, Aristotle cited habit as the as the root of virtue.

Summarizing Aristotle’s virtue ethics in his famous book, The Story of Philosophy, Will Durant offered a succinct quote often misattributed to Aristotle: “We are what we repeatedly do. Excellence, then is not an act but a habit.”

You know that famous marshmallow experiment–the one frequently cited to prove the power of delayed gratification, which leads to greater success later in life? Only a quarter of the participants–kids aged 4 to 6–succeeded in resisting the treat for a full 15 minutes.

Groopman notes a nuance of the experiment:

The researchers compared the results of two situations: in one, children could see the marshmallow in front of them; in the other, they knew that it was there but couldn’t see it. On average, the children lasted only six minutes when presented with visible temptation but could manage ten minutes if the treat was hidden.

A few years ago, I resolved to reduce my screen time, and I tried to support this resolution by deleting all social media apps.

However, Groopman’s article also describes another practical approach to changing habits: replace one habit with another and include rewards for the change. Instead of scrolling my social media feeds, I tried to read articles or books, or watch movies (in the evening).

In the end, I failed. Lately, especially since the election, I’ve fallen head over heels back into my scrolling addiction.

The Currency of Resolve: Focus

Beyond specificity and practicality, Tara Parker Pope’s advice speaks subtly to a more fundamental element of making a change.

In my experience, the phrase, “without any thought,” strikes much closer to the core problem. If you’re like me, your attempts to change fail because you have not set your focus–your attention (and intention)–to being the change you want to see.

As  Pedram Shojai recently said on the Bulletproof podcast:

If you can’t focus on what you say you want, and your focus gets pulled out into Instagram and into the Internet, and it gets pulled out into…the next crisis, you’re never going to map out your life in a way that is going to be meaningful and going to nourish you because your priorities are being supplanted by the priorities put in front of you by social media or the news.

Obviously, this quote is specific to my failure, but it speaks to the essential nature of any failure. What Shojai is talking about here is integrity: Being your word. Focusing on what you say you want so you can be who you say you want to be.

As Shojai notes: “We say we want something but our actions say otherwise.”

In other words, to succeed, my heart must believe it, and my actions must show it. 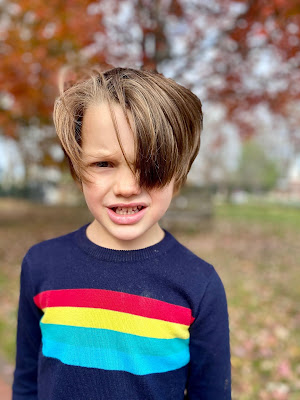 In this sense, a true change requires an honest and clear assessment of how and where we spend our focus, and a corresponding resolve to shift that focus–and our actions–to what we want. This is not a nebulous concept. It is simple and straightforward: To change ask yourself, “How I am spending my time?”

The allure of social media and the “screen” is instructive, in this sense, because it is a distraction must people share. The famed researcher Adam Alter offers a bleak assessment of our screen time:

Before the introduction of the iPhone, it was a couple of hours, and that was usually just in front of a TV. We only spent about 18 minutes looking at our phones. Once that device was…10 years later actually in 2017, we were spending about three or four hours a day looking at those screens; sometimes for kids, five or six hours a day. Personal time, exercising, hobbies, conversations with friends and loved ones used to be a couple of hours a day. It was now about half an hour or even slightly less than half an hour a day (source).

The math here adds up to an unsettling conclusion: At our current rates, we are likely to spend 10-20 years of our lives (or more) on our phones.

My Heart Believes It, And My Actions Show It!

To change, we must shift our focus. If you believe you want to change, your actions must reflect that change. Shojai looks at focus as a sort of capital. You reveal your priorities in your decisions to do one thing over another.

One way to look a this is to honestly assess everything you believe you want to say “yes” to–your resolutions, so to speak. Your family and friends? Your projects? Cooking? Exercise? Mindfulness?

Once you’ve added all of these together, ask yourself, as Shojai suggests, “How many hours of the day are left after all of those yeses.” Inevitably, you will have to say “no” to other things. You will have to reconcile what you want with what you do.

This year, I resolved to spend less time on the phone. So far, I have failed miserably. I was drawn into the news, to the insistent beat of the chaos, which has guided and directed so much of our recent attention. And as I have let my attention stray, I have let me emotions stray, from optimism to anger.

This is unfortunate. The Buddhist quote says, “You are the first victim of your anger.” And by saying, “Yes,” to the phone, and the never ending chaos, I cringe to think of all that I have said, “No,” to. My family and friends? My projects? Cooking? Exercise? Mindfulness?

Happily, today is a new day. And on any given day, I can resolve to change.

Facebook0Tweet0LinkedIn0Email0
Share this ArticleLike this article? Email it to a friend!
Email sent!