I’m reading Hayden Herrera’s biography of Frida Kahlo for the second time. The first time around, I was struck by Frida’s resilience in the face of her horrific health problems. I feel equally struck this time around–perhaps more struck. It’s just shocking to read the description of Frida’s terrible accident on the public bus:

“The steel handrail had literally skewered her body at the level of the abdomen; entering on the left side, it had come out through the vagina.”

Herrera writes of the aftermath of this accident:

“Frida’s life from 1925 on was a grueling battle against slow decay. She had a continuous feeling of fatigue, and almost constant pain in her spine and in her right leg. There were periods when she felt more or less well and her limp was almost unnoticeable, but gradually her frame disintegrated. A lifelong friend, Olga Campos, who has Frida’s medical records from childhood to 1951 says that Friday had at least thirty-two surgical operations, most of them on her spine and her right foot, before she succumbed twenty-nine years after the accident. ‘She lived dying,’ said writer Andrés Henestrosa, another close friend for many years.”

This time around, I’m also struck, again, by just how ugly Diego Rivera was.

Diego, Herrera writes, was “undeniably ugly.” Yet: “Part of his appeal was his monstrous appearance–his ugliness made a perfect foil for the type of woman who likes to play beauty to a beast…” 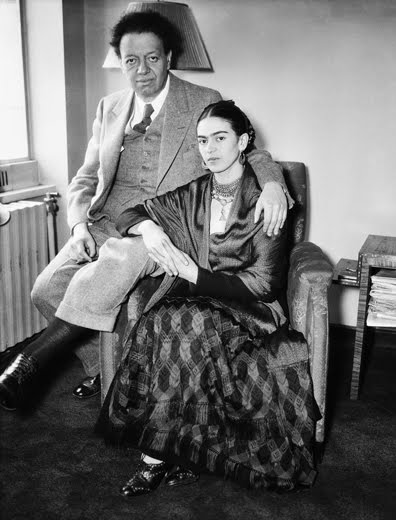 Diego and Frida
I’ve always found Frida’s self-portraits and photos disarming: Even in reproduction her gaze is magnetic. She so clearly reveled in the look of her famous unibrow and light mustache inspiring an evolved sense of feminine beauty. To me, Frida was one of the most beautiful women of all time: 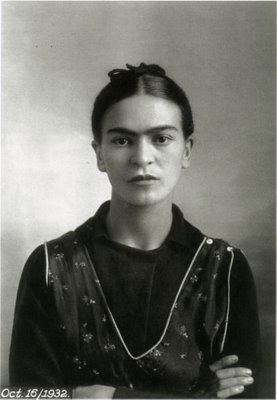 Frida Kahlo: Taken by her father after the death of her mother
But Diego, by all objective standards of beauty,was just plain ugly. That’s fine, of course. I’m sure he had a lot to offer. But really, does history offer a more glaringly obvious case of beauty and the beast? Arthur Miller and Marylin? Lyle Lovett and Julia Roberts?

I think Diego and Frida are the archetype of this fairy tale.

1 thought on “Beauty and the Beast: Frida Kahlo and Diego Rivera”

Seth lives with his wife, Karen, his toddler daughter, Ella, and his infant son, Owen, in Ambler, a small, lively town outside Philadelphia. He is a graduate of Warren Wilson's MFA Program, and is currently shopping his memoir about illness, love, and recovery.


GET TO KNOW ME

Share this ArticleLike this article? Email it to a friend!
Email sent!